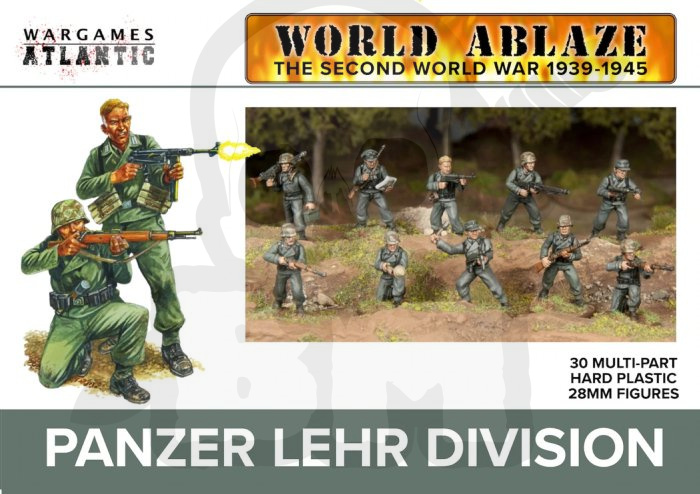 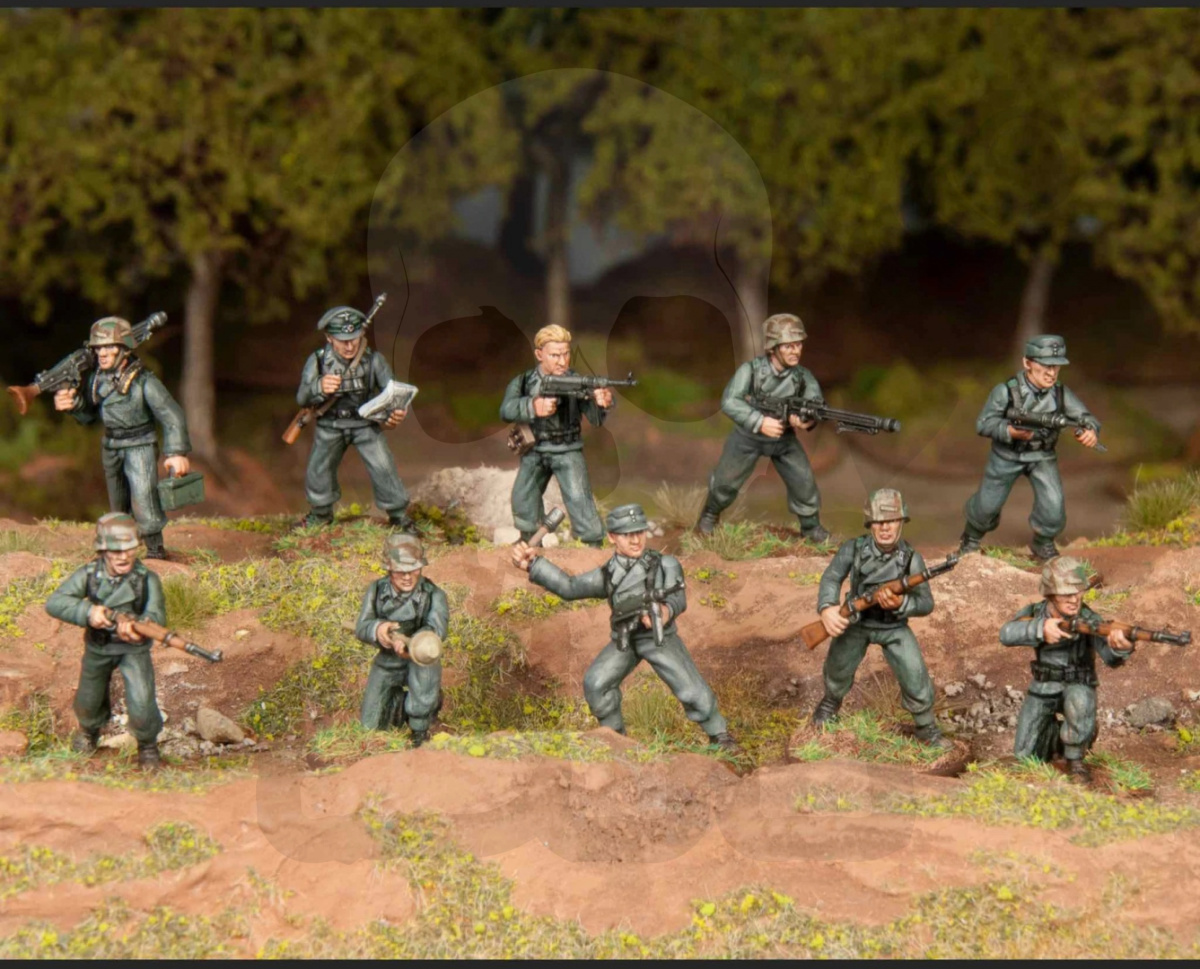 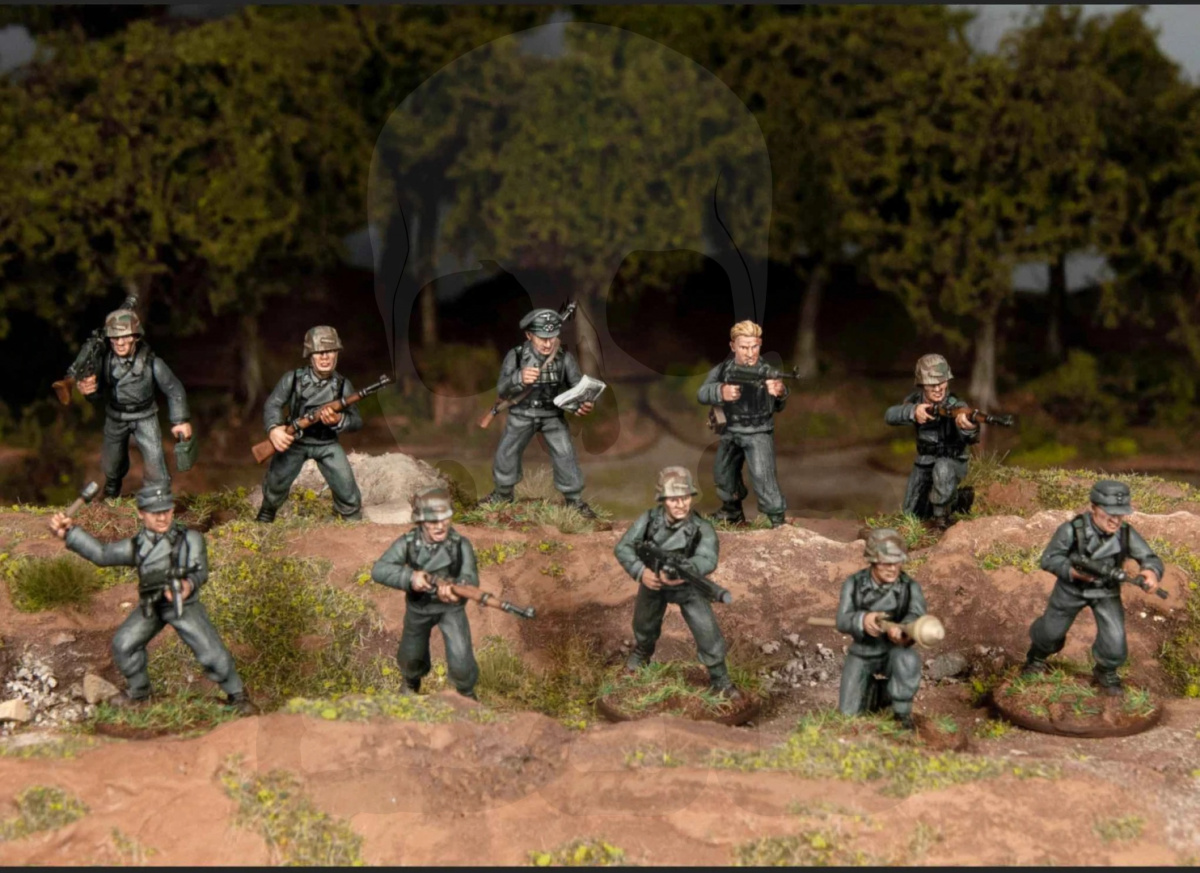 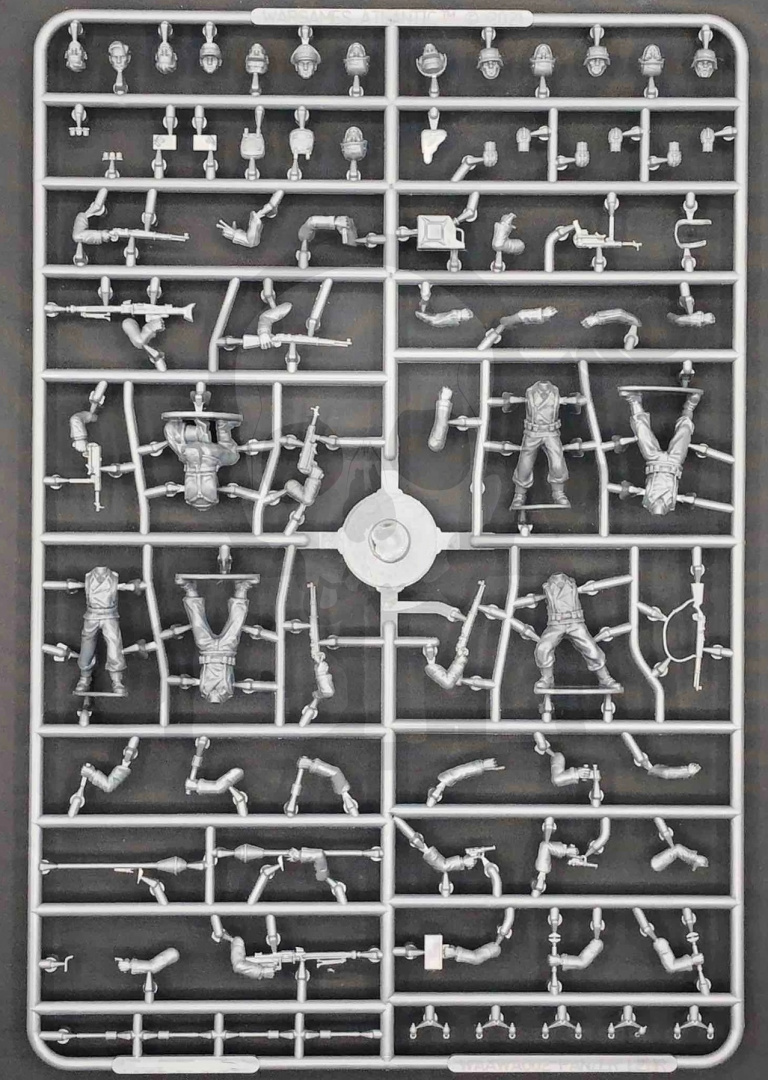 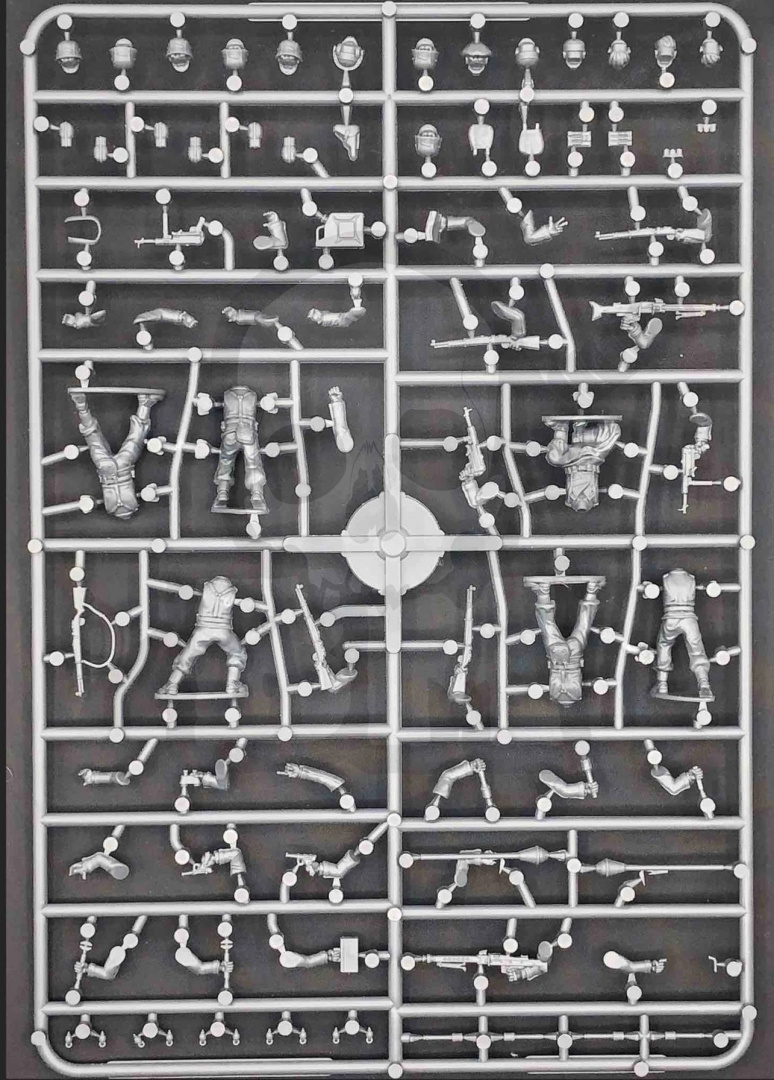 The Symbol : WAAWA002
Wargames Atlantic
141.50
couples To the virus Vault

“Shut your eyes and go in!” General Fritz Bayerlein’s exhortation to his Panzer Lehr troops. This elite unit was formed from veterans who participated in the fighting on the Eastern Front, North Africa, and Sicily and was outfitted with the latest equipment of the German war machine. Formed late in the war, they took part in some of the heaviest fighting in France in 1944 until their eventual surrender in April 1945 within Germany.

This hard plastic box set allows you to build up to 30 soldiers equipped with rifles, MP-40s, Panzerfaust, MG-42s, grenades, pistols, and more. Optional tool and equipment arms can be used to convert these into normal tank crew as well.

Models require assembly and painting. Bases are not included. Not for Children. Contents may vary from photos.