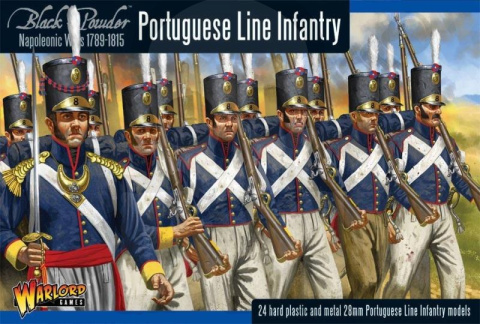 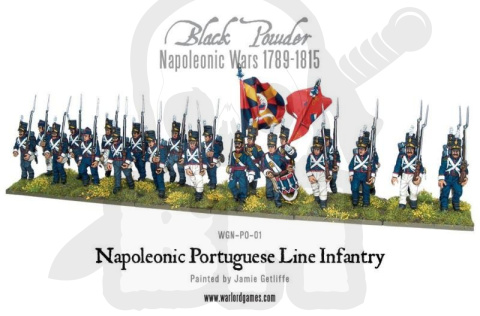 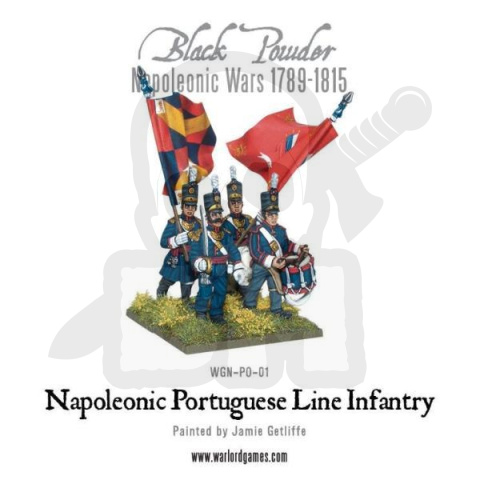 The Portuguese have never been fond of their Spanish neighbours. This was doubly so when in 1807 Napoleon sent a large French and Spanish army across the border to crush Portugal and take its fleet to continue their war against the detested British. Great Britain and Portugal, however, had been old allies for countless years, and before long a largely untried British general called Wellesley was sent from London to eject the French from Portuguese soil.

The Portuguese troops were brave but unskilled, and outnumbered in the early days of the conflict. Reforms of the Portuguese army taken by Sir Lt.General William Beresford changed that, adopting British drill and tactics. The changes transformed the Portuguese into an effective fighting force.

The allied army was carefully organised with units of both nations mixed into divisions giving, it a distinctive character and indeed spurring on each nation to outperform the other.

The line infantry in their blue coats, and their light troops in brown, performed very well and soon had Marshall Soult back over the Pyrenees  with the allied army in hot pursuit.

Wellington, as Wellesley famously became, applauded his Portuguese troops calling them his ‘fighting cocks’, praise indeed from a man who knew a good soldier when he saw one. Less magnanimous was the popular name British soldiers used – ‘pork and beans’ – with good-humoured respect.

Our plastic Portuguese soldiers are supplied with the option of the early Barretina shako used between 1806 and 1810, or the later Stovepipe-style version which entered service in 1810.

Please note that these models are supplied unpainted, and some preparatory work may be required as well as assembly.