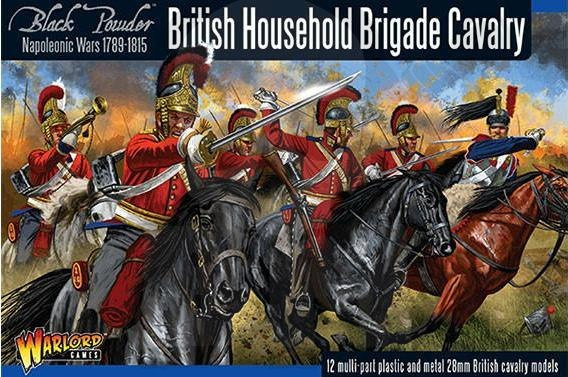 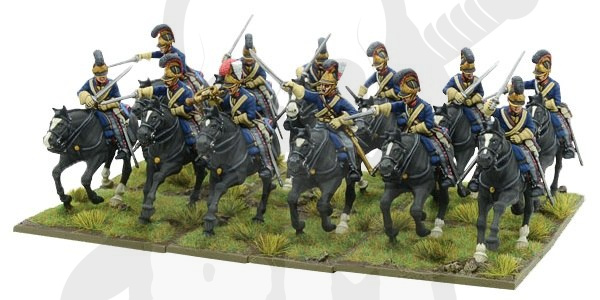 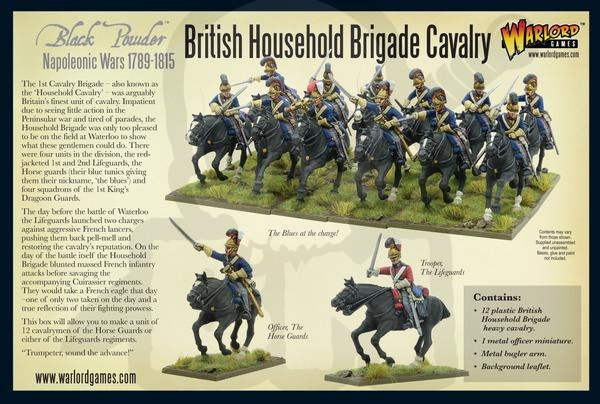 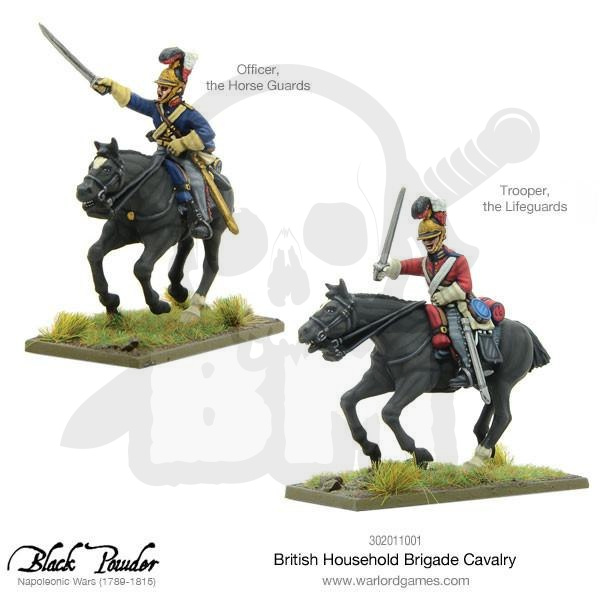 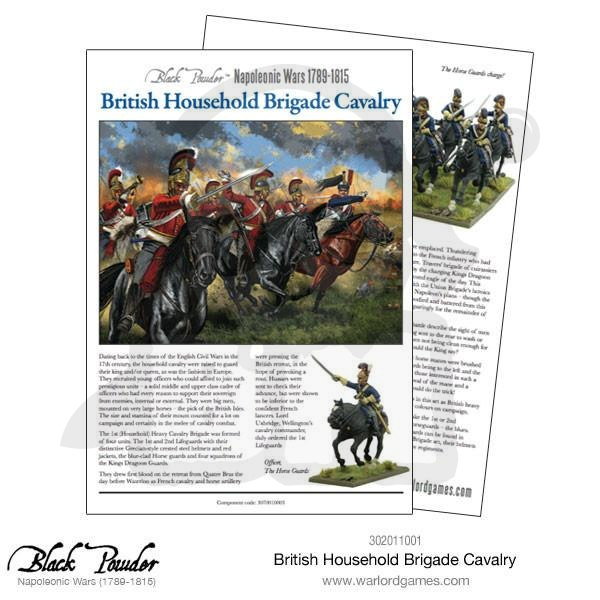 This box will allow you to make a unit of 12 cavalrymen of the Horse Guards or either of the Lifeguards regiments. Contains:     12 plastic British Household Brigade heavy cavalry.     1 metal officer miniature.     Metal bugler arm.     Background leaflet. Some of you eagle eyed historians may have noticed the Scott's Grey's in the picture above. These are made from the Union Brigade Cavalry box which will allow you to make the correct 4th unit for the 1st division, the King’s Dragoon Guards. We were just excited to release these and couldn't wait for the studio to paint them! The 1st Cavalry Brigade – also known as the ‘Household Cavalry’ – was arguably Britain’s finest unit of cavalry. Impatient due to seeing little action in the Peninsular war and tired of parades, the Household Brigade was only too pleased to be on the field at Waterloo to show what these gentlemen could do. There were four units in the division, the red-jacketed 1st and 2nd Lifeguards, the Horse guards (their blue tunics giving them their nickname, ‘the blues’) and four squadrons of the 1st King’s Dragoon Guards. The day before the battle of Waterloo the Lifeguards launched two charges against aggressive French lancers, pushing them back pell-mell and restoring the cavalry’s reputation. On the day of the battle itself the Household Brigade blunted massed French infantry attacks before savaging the accompanying Cuirassier regiments. They would take a French eagle that day –one of only two taken on the day and a true reflection of their fighting prowess.