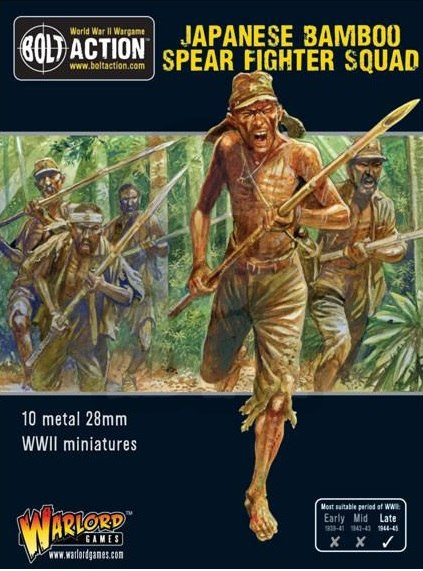 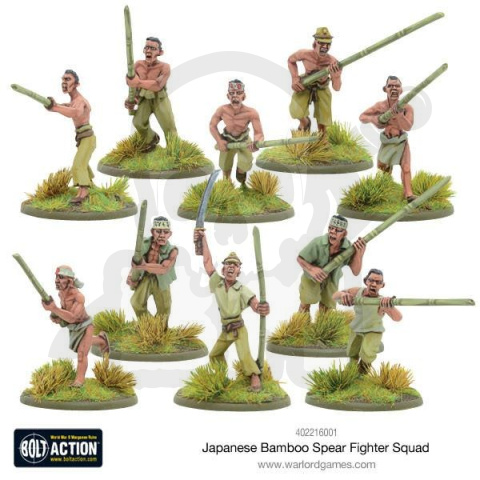 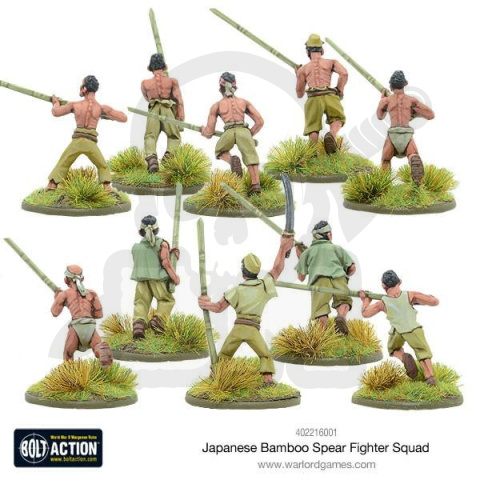 As the Second World War progressed, Japanese forces were pushed back from the territorial gains they had made in the early stages of the war. With Allied bombing and ground campaigns hampering Japanese industry the Emperor’s soldiers learnt to use whatever materials were at hand to face the enemy, as firearms and ammunition became ever more scarce. This would see Japanese soldiers sacrificing themselves with grenades, a courageous last ‘banzai’ charge with swords drawn, or using sharpened lengths of bamboo as makeshift spears. The fanatical devotion to their Emperor, their country and their honour led many brave Japanese soldiers to such lengths. Allied troops were both in awe and disbelief of such heroics as the Japanese assault would more often than not perish in the face of sustained Allied firepower. Yet still the Japanese attacked... The figures in this boxed set represent a squad of desperate but proud Japanese soldiers in the remnants of their uniforms, bedraggled and unkempt yet not bowed by their situation or likely fate. Banzai! Contains a 10-man squad:     1 NCO with sharpened bamboo spear     9 soldiers with sharpened bamboo spears     10 plastic bases