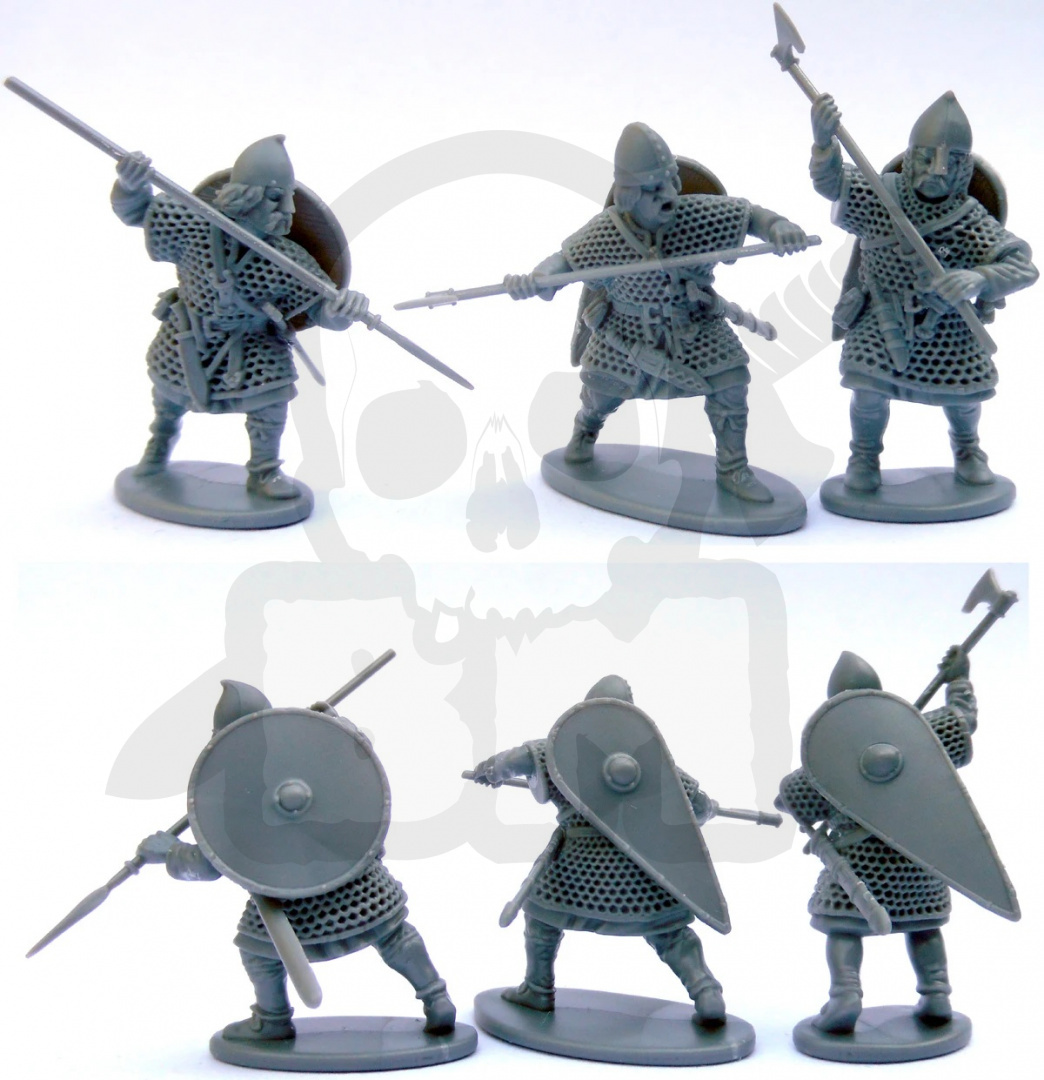 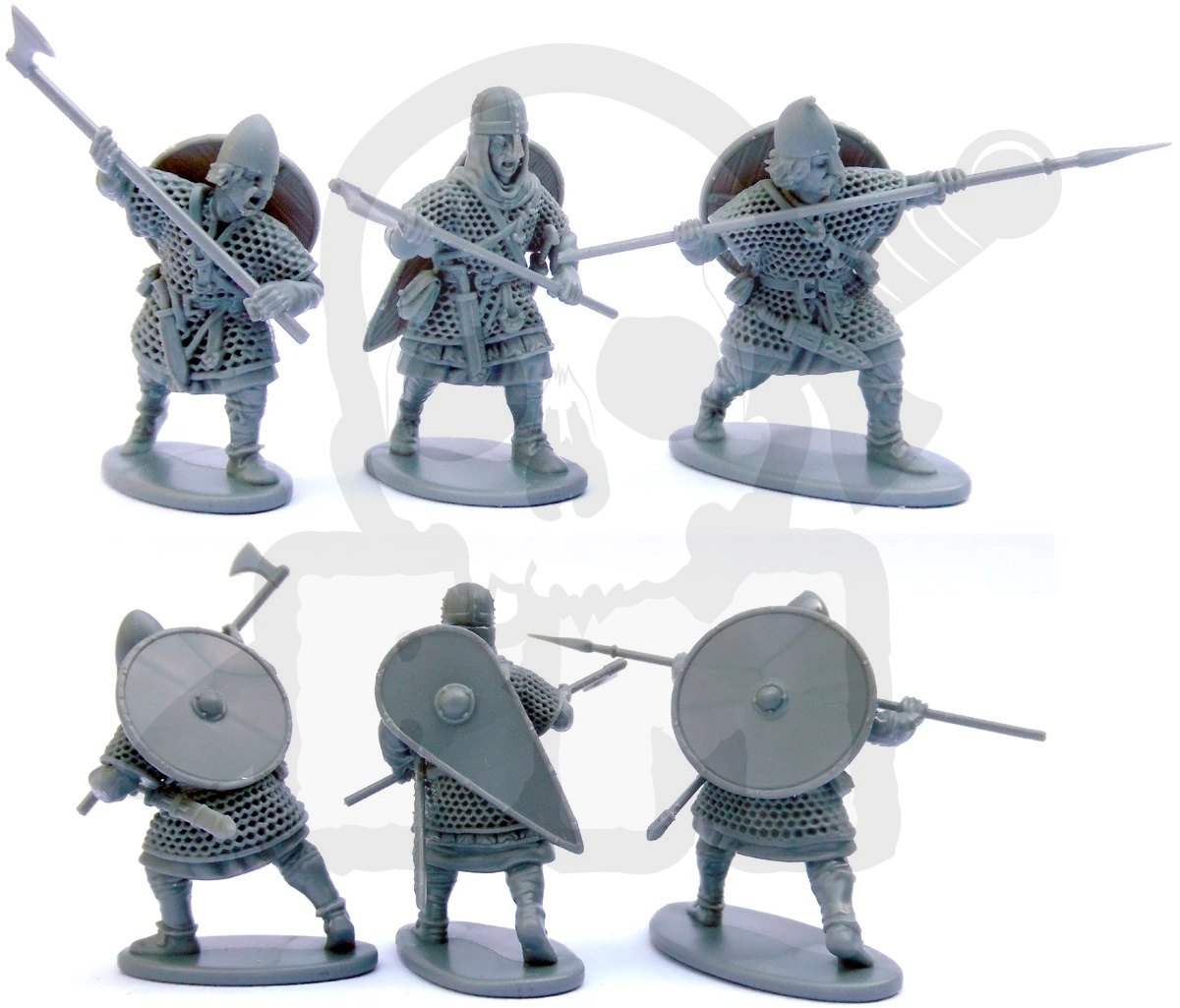 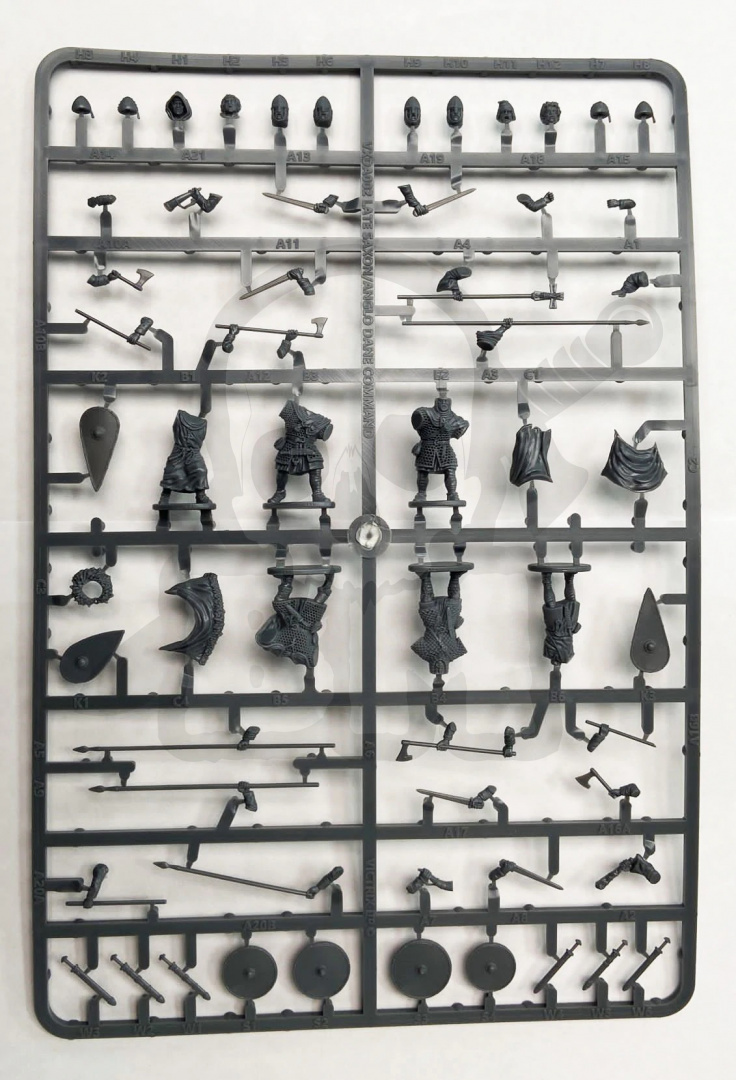 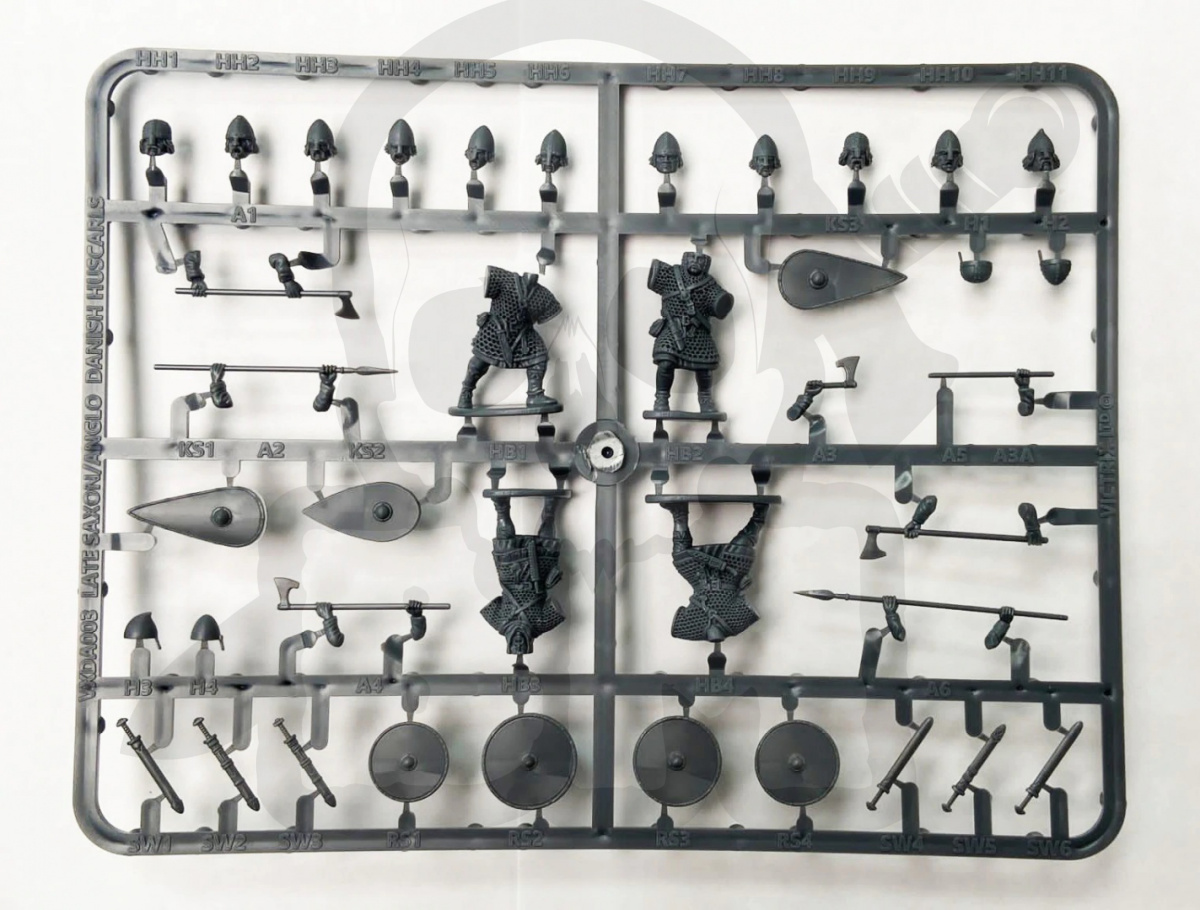 The Huscarls set represent the Saxon warrior elite. Equipped with chain mail, an assortment of helmets, they carry a double handed Dane Axe or can use a spear. You can also use some of the two handed axes on some of the body positions on the Saxon warriors frame thus increasing the amount of variety for your Huscarl figures.

There is an assortment of shield shapes including round and kite shaped on the frames. There are enough to equip everybody with a round shield if you so wish, but the Later Saxons/Anglo Danes did use the Kite shield as well.