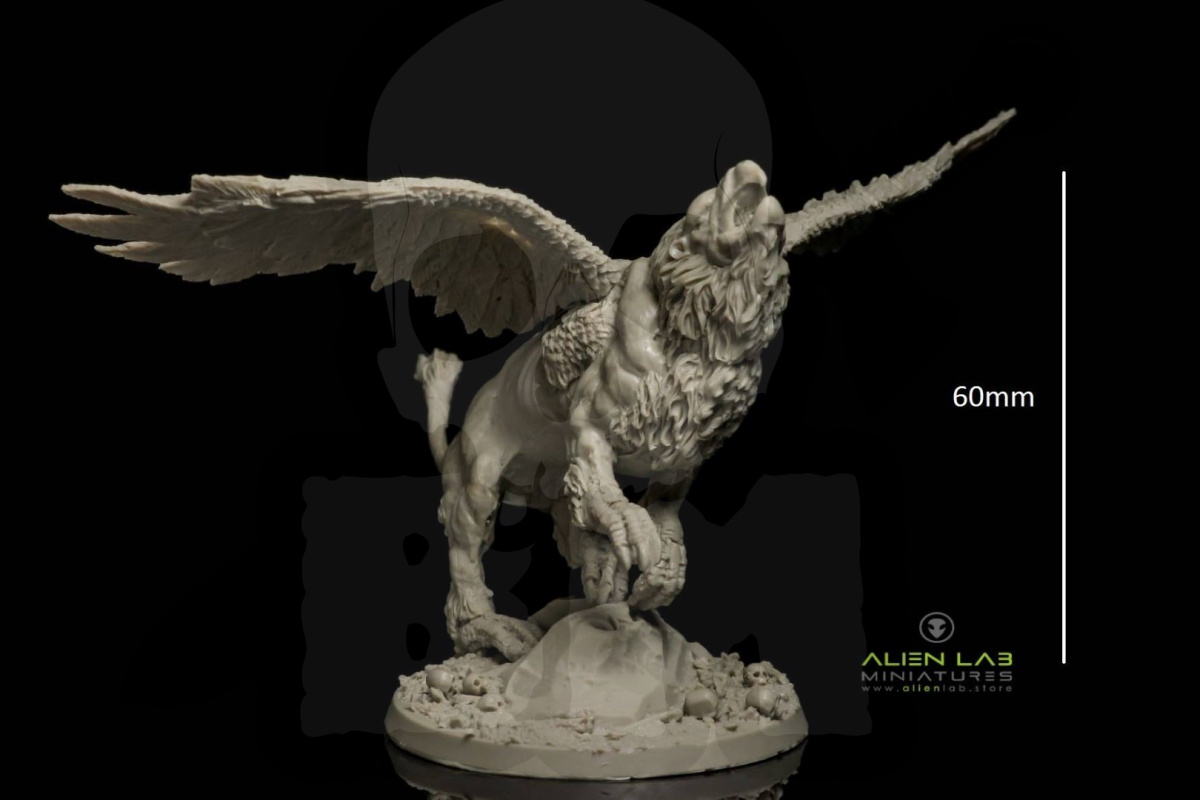 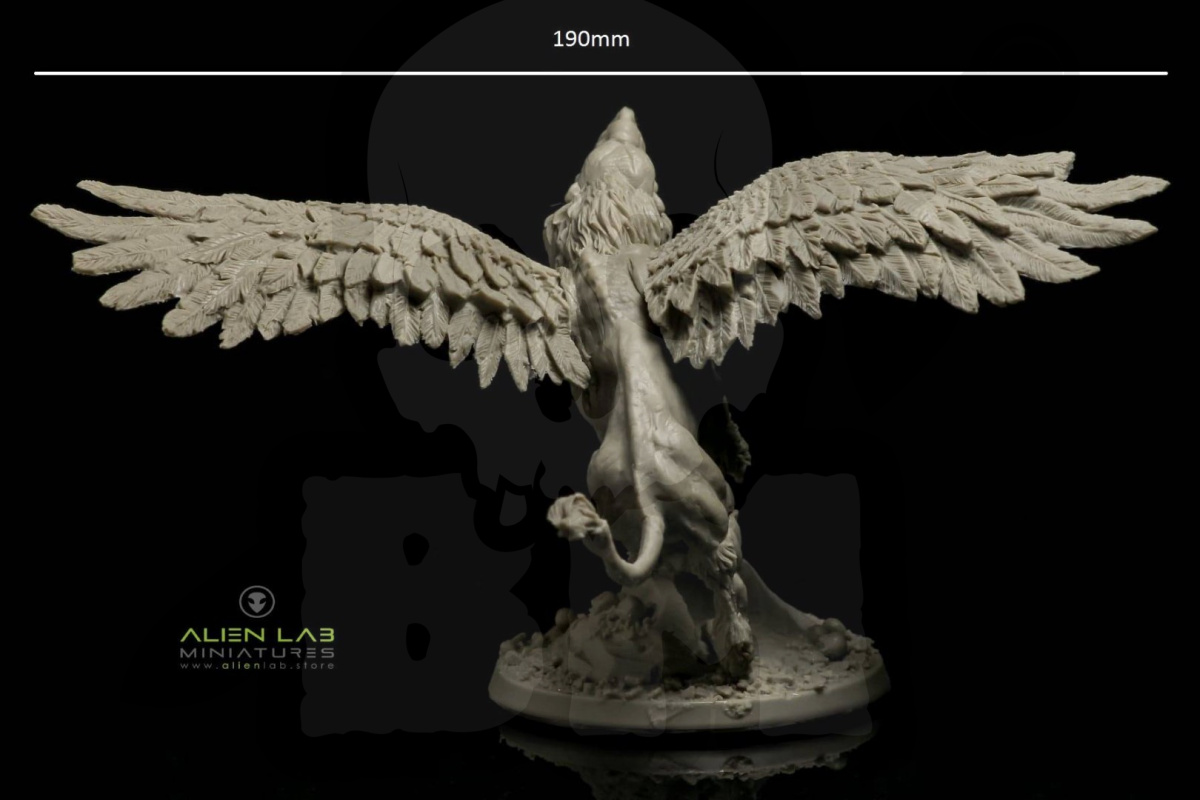 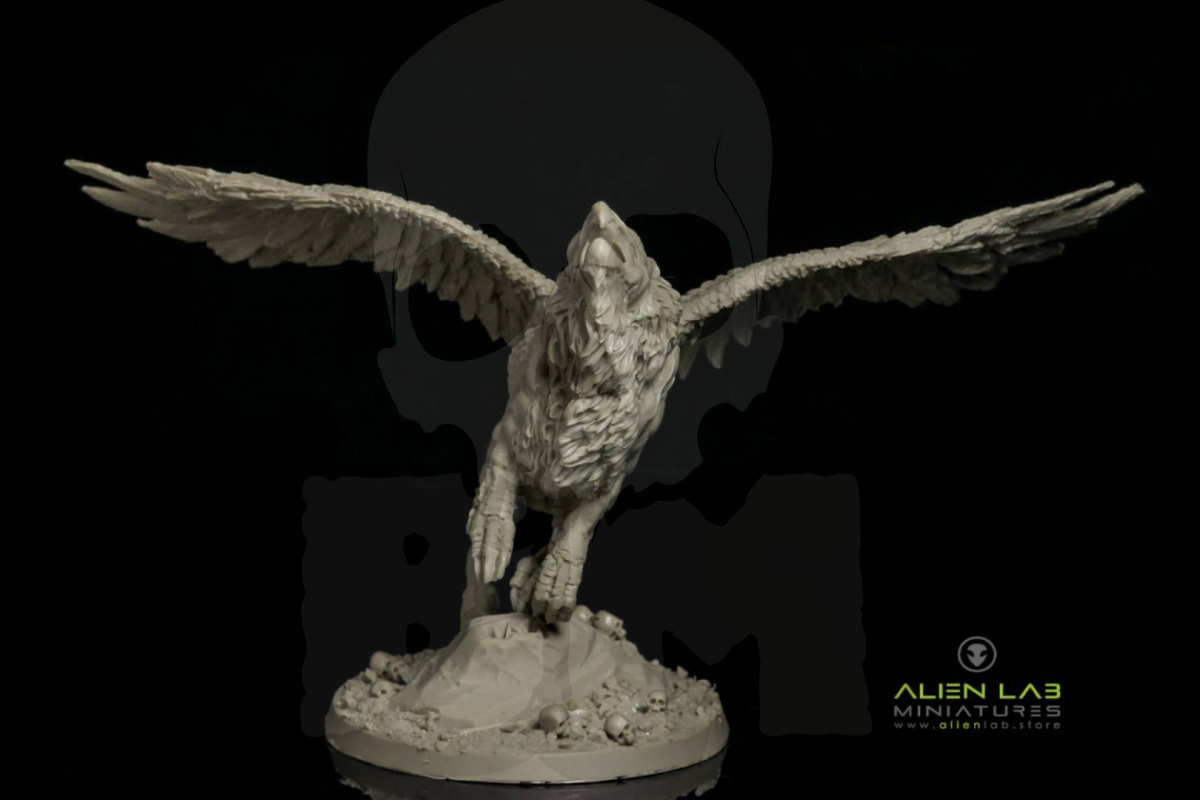 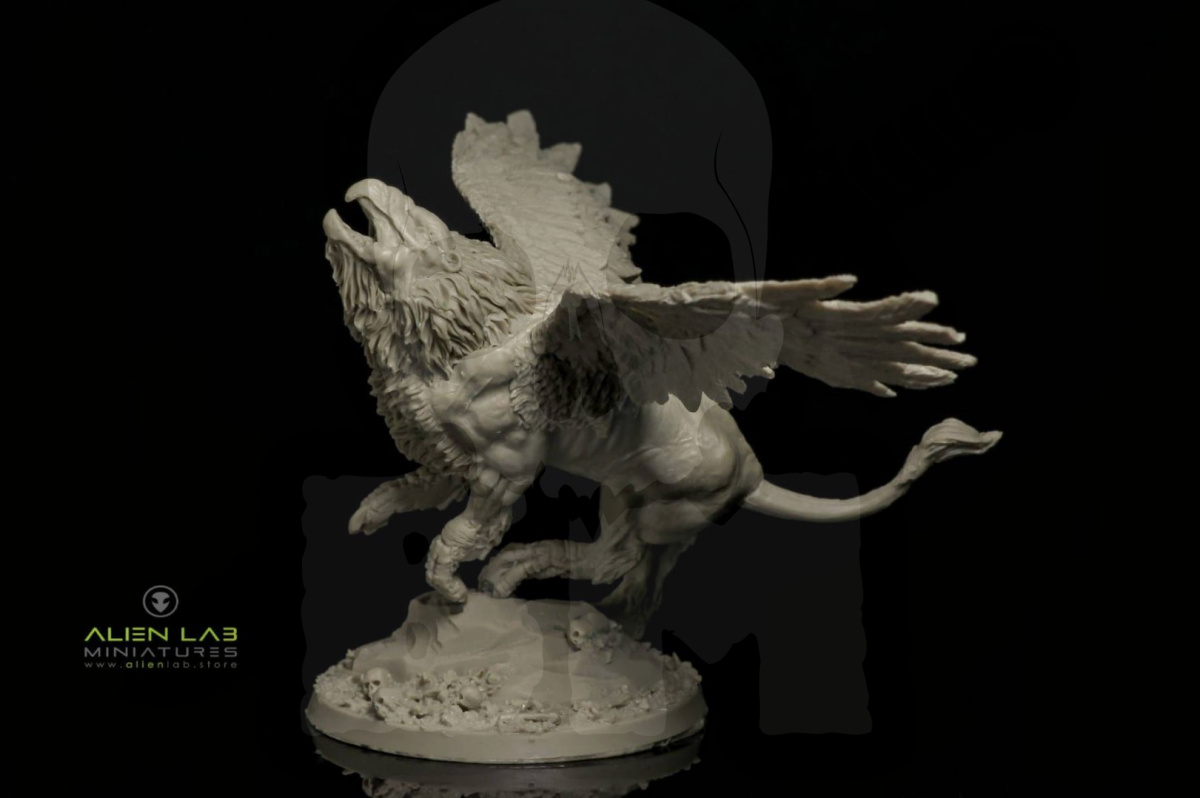 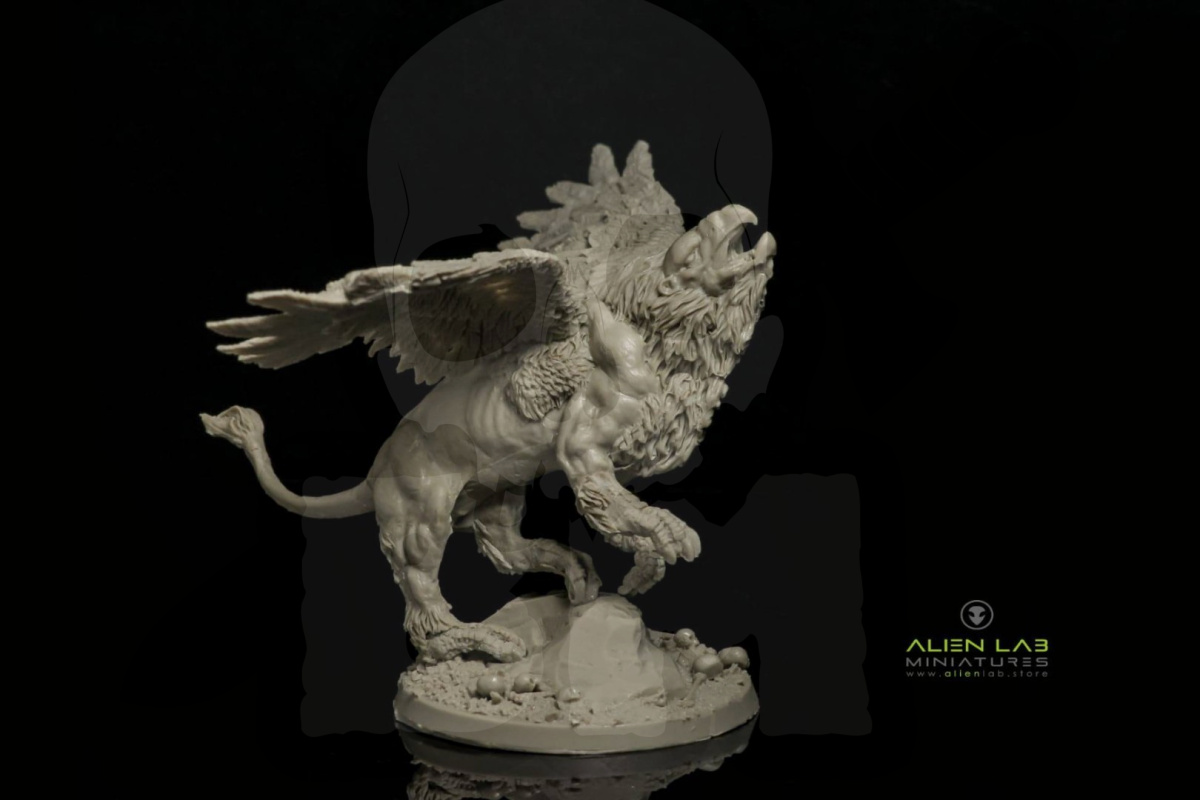 The griffin looks like a combination of a ferocious cat and a giant bird. It usually inhabits primeval highlands and builds its nests on unreachable mountain summits. The griffin preys on large mammals and, being a highly territorial creature, fiercely defends its hunting grounds. When the first colonists appeared and trade routes expanded, griffins were known to attack settlers and merchants in defense of their territory. Griffins are tough opponents and their strength should not be underestimated. Obstinate and aggressive, they make deadly use of their ability to fly during combat, swooping down on their enemies, knocking them to the ground and ripping them to shreds with their claws and beak.

The griffin is a hybrid, a cross between an enormous cat and a bird of prey. According to some researchers it is one of the creatures that arrived during the Conjunction, whereas others claim it is a native species that appeared in this world long before that event.

This model is made of high quality resin and provided with 60mm round scenic base. It is unpainted and requires assembly.