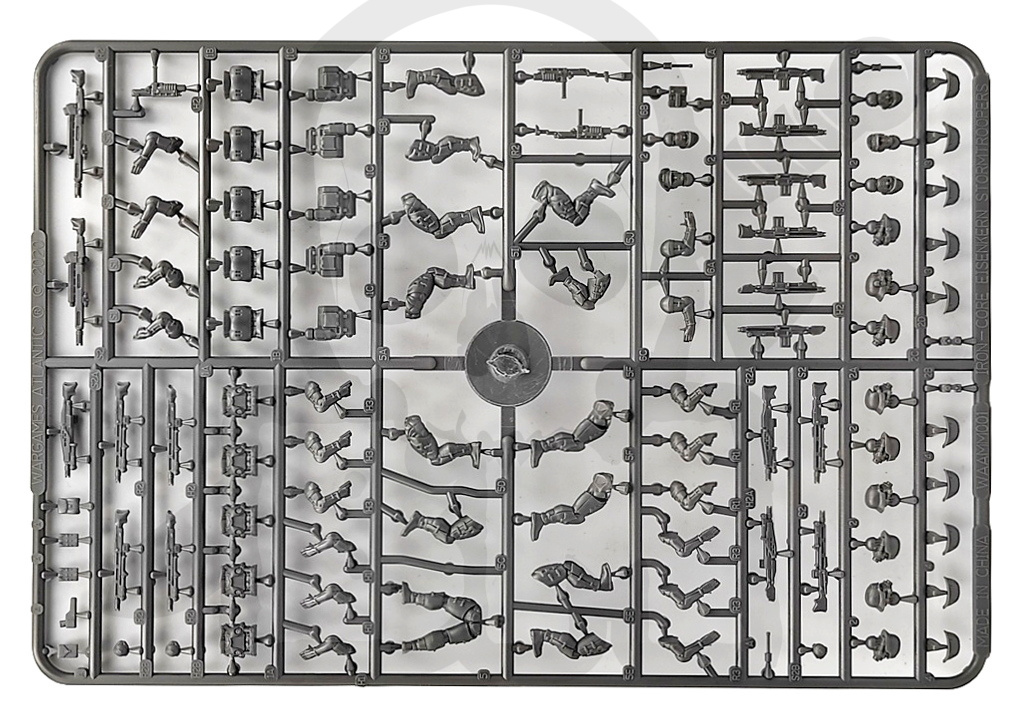 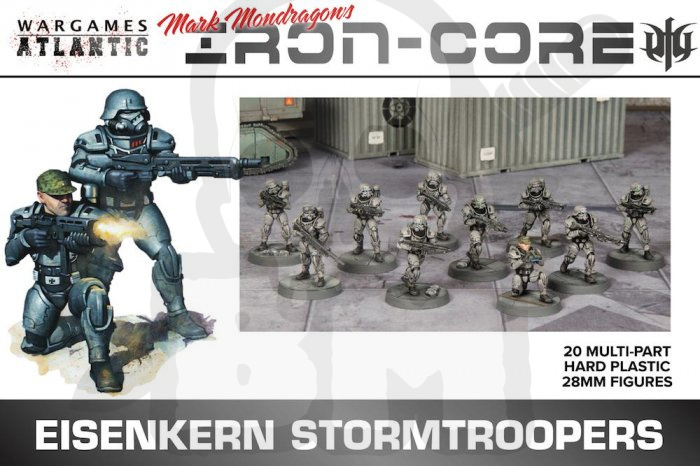 The Symbol : WAAMM001-5
Wargames Atlantic
37.50
couples To the virus Vault

The Eisenkern Empire has known a history only of war. Bordering on Shadokesh space and forced to fuel their great war machine against constant incursions, they are perpetually fighting for survival. Knowing they cannot fight on a second major front against the other nations and households, they travel great distances to lay claim to desperately needed resources. This has resulted in dispersed and isolated pockets of Imperial space and ever longer supply lines that leave them vulnerable to attack by aggressive adversaries. The Empire must remain ever vigilant. This hard plastic box set allows you to build up to 20 Eisenkern Stormtroopers with several different weapon options and parts to make squad leaders.

Models require assembly and painting. Bases are not included.

Assembly instructions can be found by clicking here.