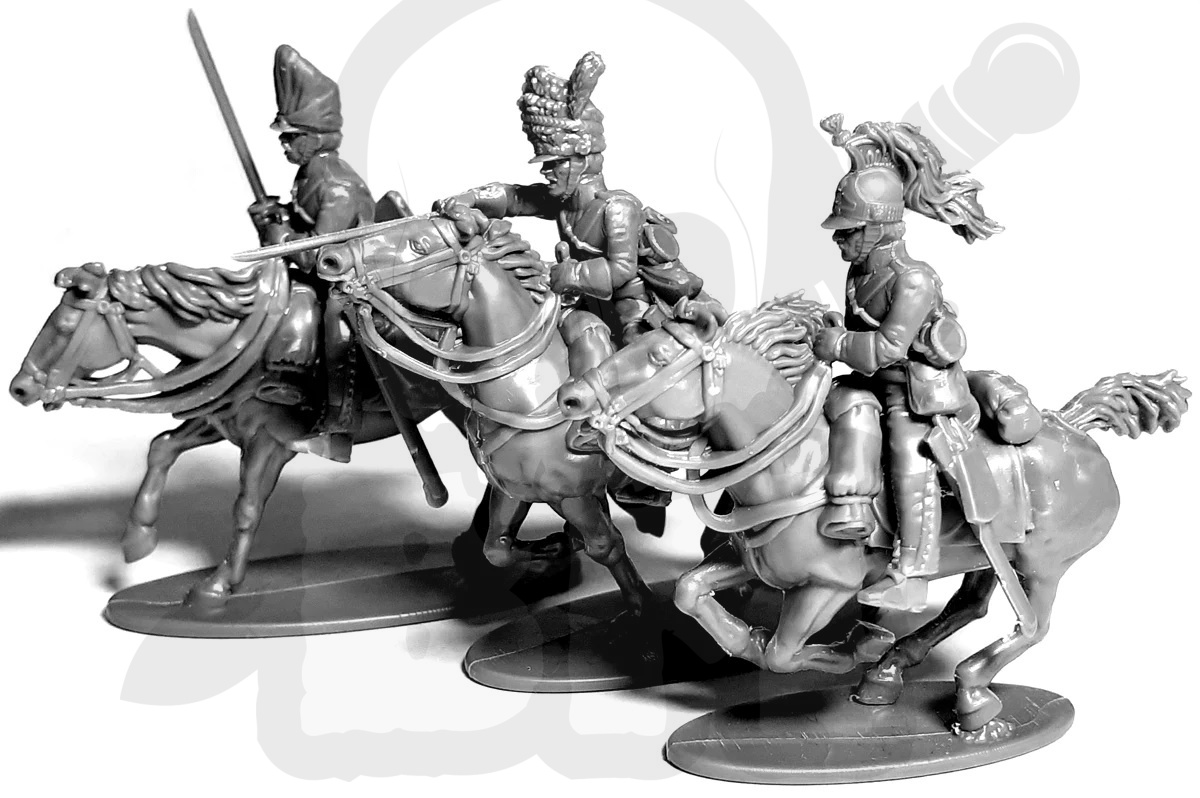 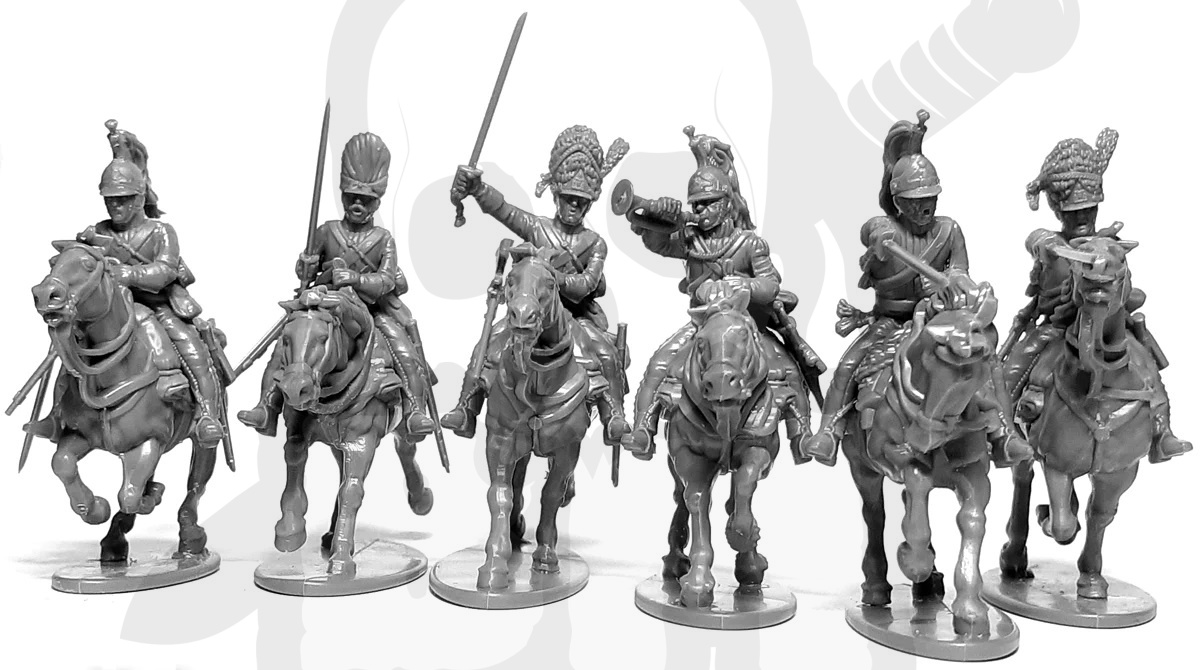 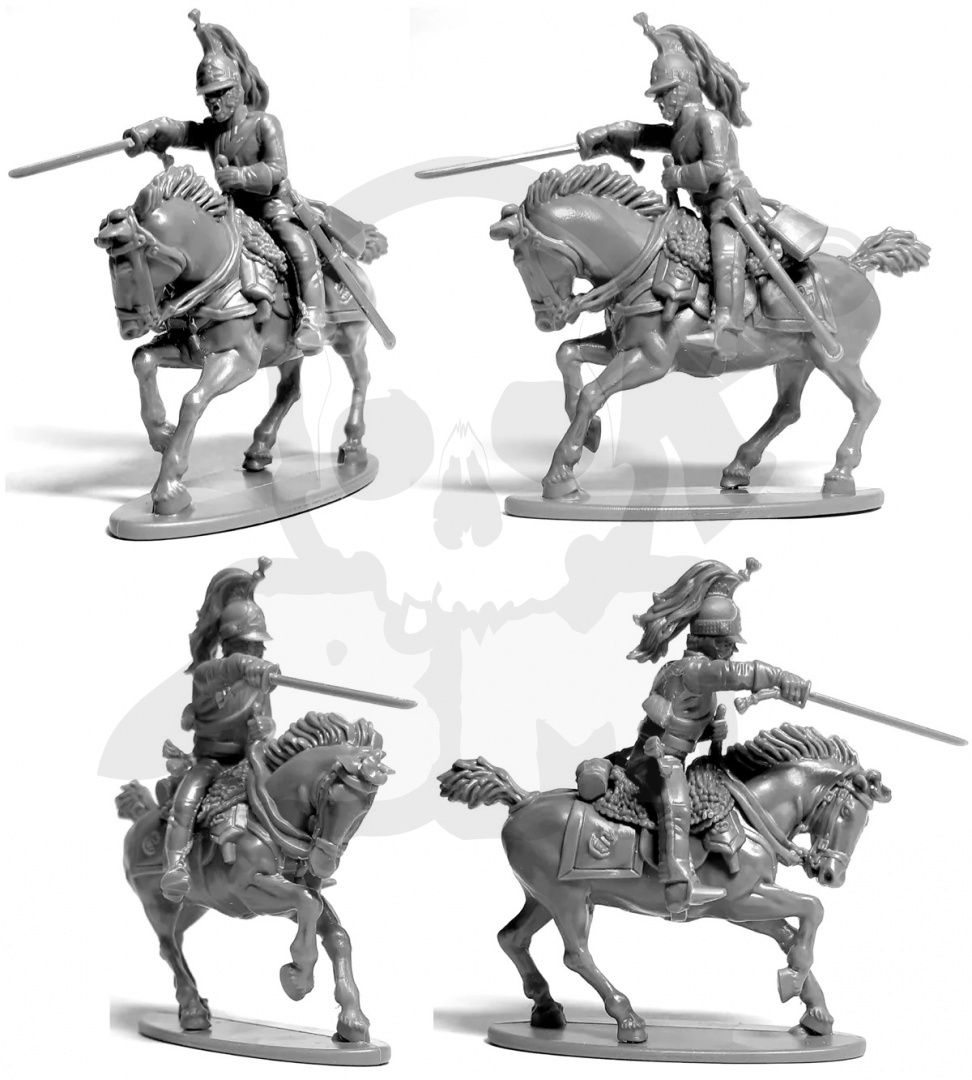 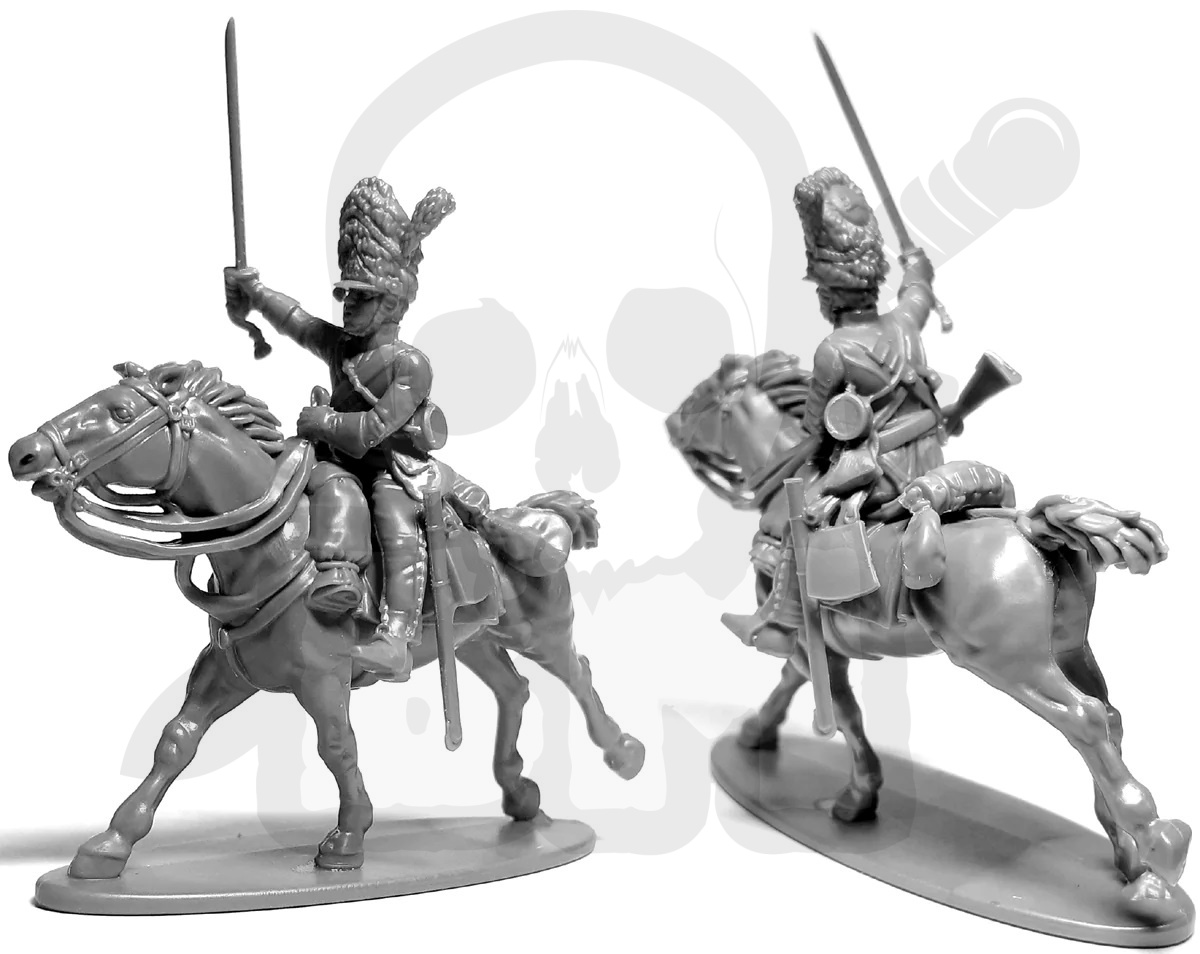 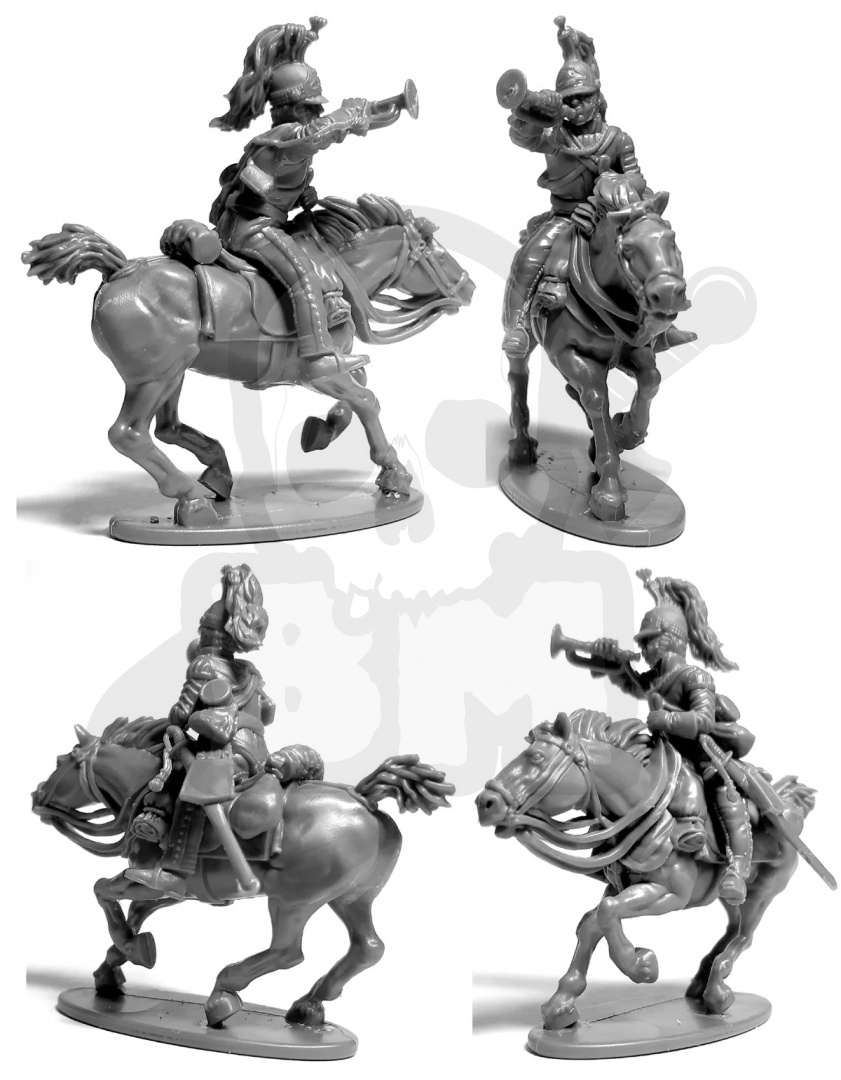 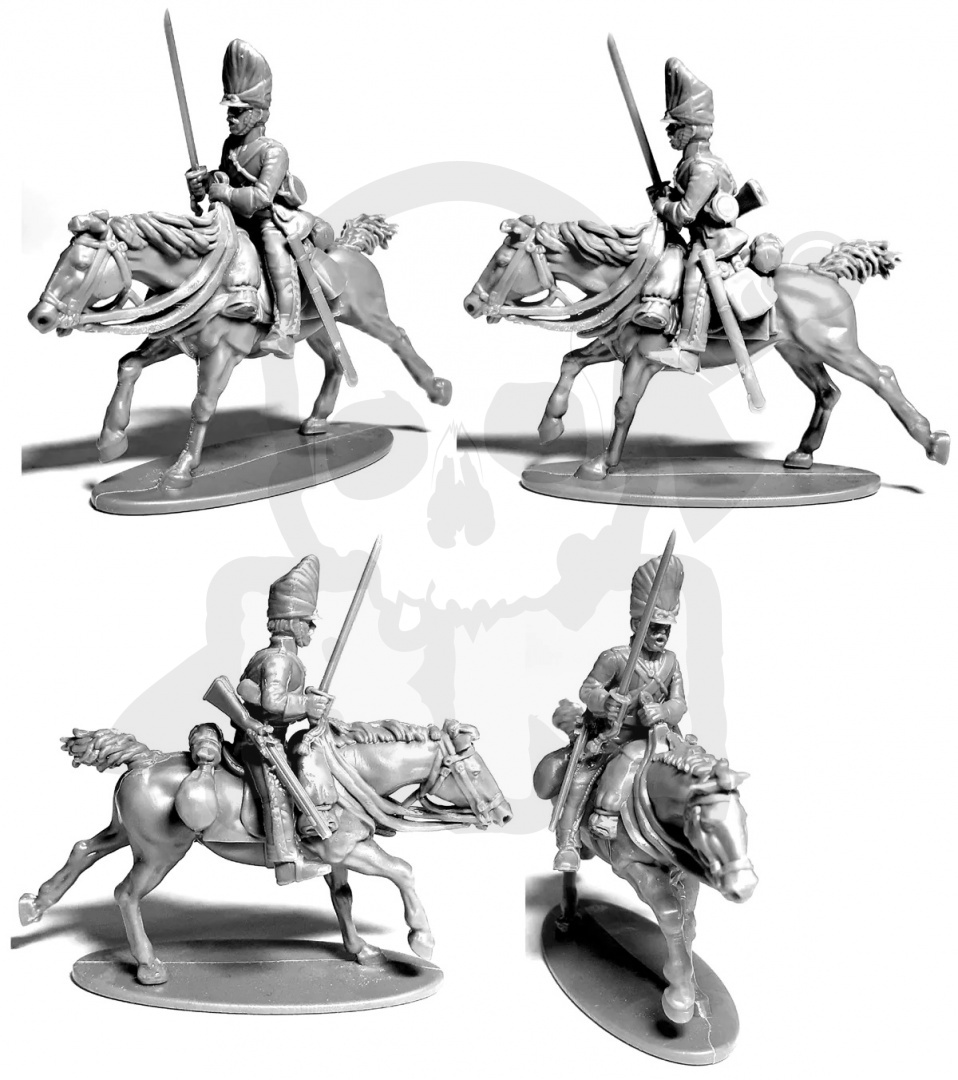 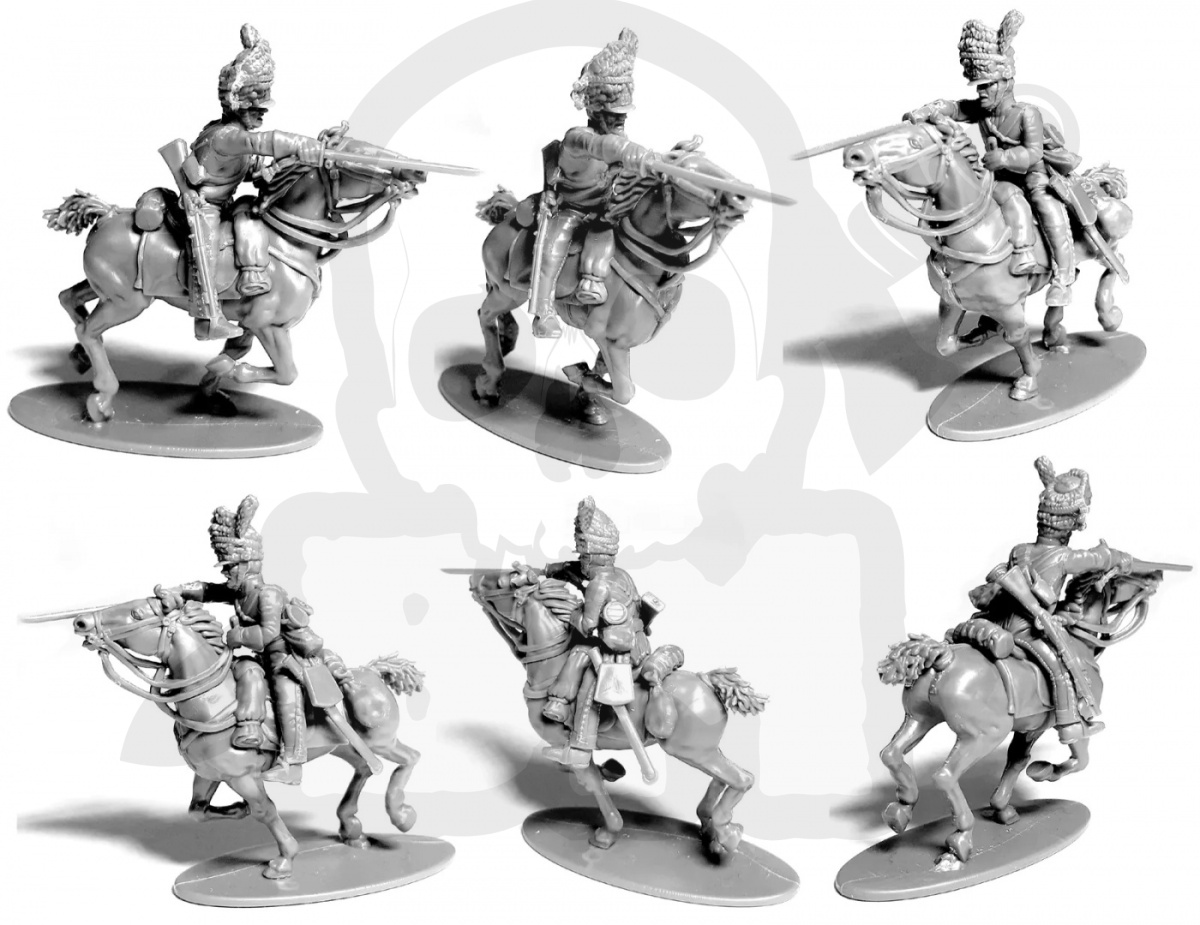 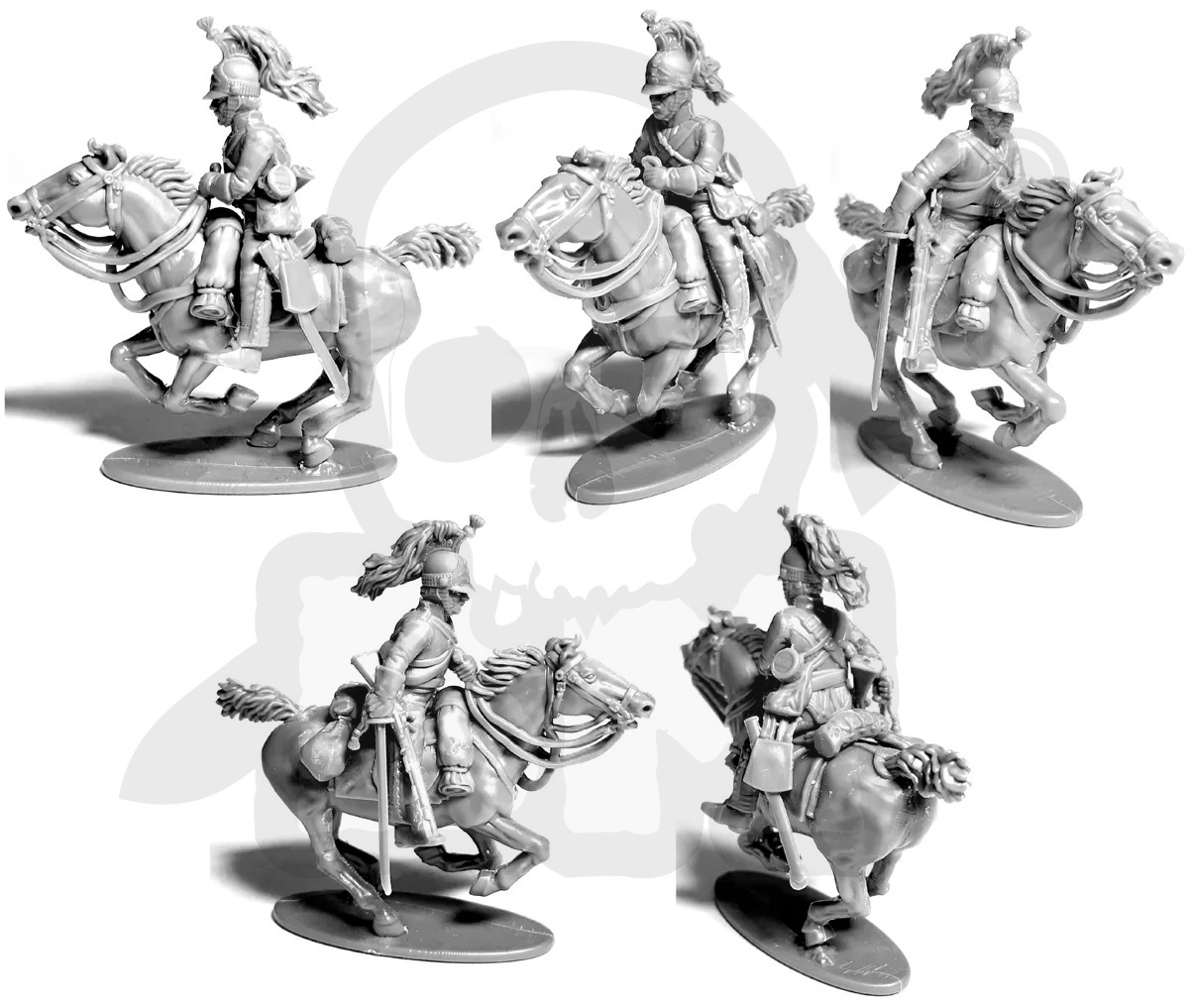 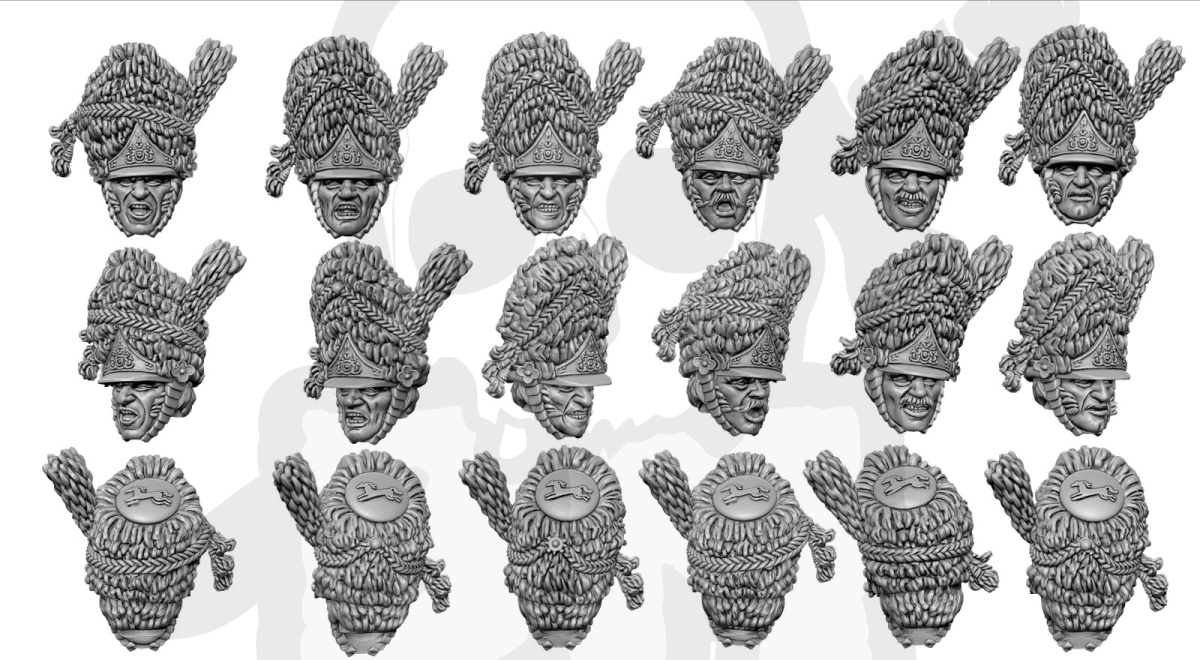 This set includes British Line Dragoons and Scots Greys covering the later stages of the Peninsula War between 1813 to 1815, the 1814 campaign in France and the Waterloo campaign of 1815.

This highly detailed set has multiple head and arm options to make a varied and dynamic unit of charging British Dragoons, including a command frame with trumpeter and Officer.

We have really focused on the detail in the Heads with some suitably fierce and aggressive expressions. In this particular set we have the Dragoon helmet, Scots Greys in Bearskins and Scots Greys in oil skin covers as they were at Waterloo.

Whats in the box?

12 x Figures (including an officer, musician and sapper)